We are living in an era when we can buy anything just from our smartphone, for instance clothes, books, electronics, even groceries. This is thanks to disruption in commerce sector started by tech giants like Amazon and Alibaba. Amazon started in 1995 by Jeff Bezos, while Alibaba started it in 1999 by Jack Ma. It is interesting to compare these two tech giants.

Amazon revenue in 2017 is $177 billion, up from $136 billion in 2016. While Alibaba has revenue $23 billion in 2017, up from $15.7 billion in 2016. But they do differ from main business model, so revenue can’t be good estimation about how they compare, though we can understand this means Amazon has incredible big revenue. In short, Amazon revenue is obtained through all goods it sell from its platform, includes Amazon Marketplace, membership fee (Amazon Prime), and of course its cash cow, Amazon Web Services (AWS). While, Alibaba revenue is obtained from fee it charges to seller in its taobao or alibaba platform, also goods it sell in Tmall, Alibaba Cloud, and others.

Though Alibaba has smaller revenue, but it has bigger net income than Amazon. Alibaba net income in 2017 is $6.35 billion, while Amazon has net income $3 billion only in 2017. 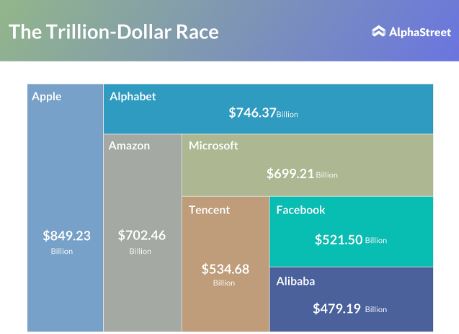 As of today, Amazon market cap is $701 billion, and Alibaba is $450 billion. Amazon is even favored by analyst to reach $1 trillion market cap in near future, beating Apple and Alphabet’s Google that currently lead the race.

Amazon has more than 40% market share for online retail in USA. While, Alibaba Tmall has 51% market share in China for B2C sector.

Amazon has Walmart as its fierce big competitor in USA, while Alibaba has JD.com. Walmart is still king in offline retail with revenue around $480 billion in 2017, but they lose in big gap for online retail. Amazon eats Walmart lunch because USA consumer shift from offline to online. In China, JD.com is still small compared to Alibaba, but JD.com replicate Amazon business model that makes JD.com has bigger revenue than Alibaba. Still, Alibaba has scale to reach sellers and customers. 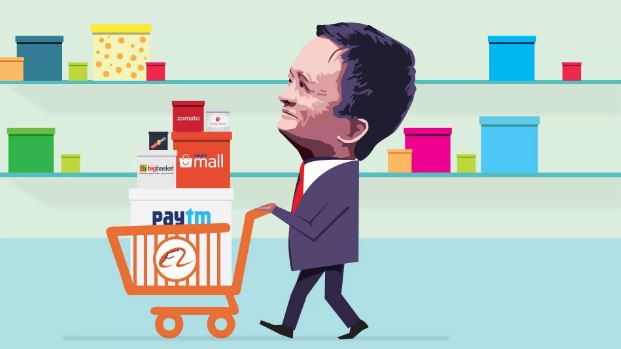 Amazon and Alibaba competes fiercely in India, since India has booming economy. Amazon committed $5 billion since its entry in India few years ago. While Alibaba spur investment in several promising India startups like Paytm.

Amazon and Alibaba not only competes in commerce retail, but they also competes in Cloud Market. Amazon so far is leading with AWS (Amazon Web Services) dominates cloud market with more than 30% market share, while Alibaba with its Alibaba Cloud has around 5%. Alibaba cloud customer mainly located in China mainland, but they also expand its presence in Southeast Asia and India.

2 thoughts on “Amazon Vs Alibaba”