One day I read an article on forbes about Jeff Bezos’ Amazon, I only understand a glimpse of it. It is said Amazon change the way American live through its e-commerce effort. After I read it more and analyze it, I come to understand why people and entrepreneurs are so hype on Bezos and Amazon. Amazon is the leading global e-commerce company with presence in America, Europe, and Asia, with market valuation around $430 billion, 4th biggest companies in the world. 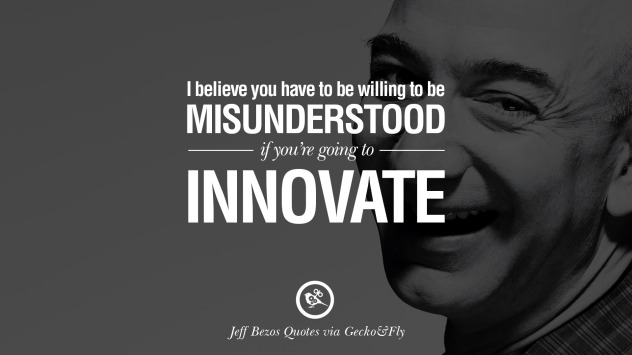 Oh, don’t forget that Amazon latest product, Alexa, Voice Assistant similar to Apple’s Siri, gets smarter everyday and will come to your home and offices without you even realize. Anyway, I have one Alexa’s Amazon Echo at home. It’s pretty cool and useful for me.

Take measurable risks, be willing to fail often and fast, sure you will get to jeff bezos level within 10 or 20 years.